Celebrated by cinema and literature, it is a gem still largely to be discovered.
It presented a rich and convincing program, entitled "Culture does not isolate", and was awarded: Procida will be the Capital of Culture 2022.

To discover it, it is not necessary to wait for next year: as soon as we are given the right to travel freely, it is certainly a destination that is worth discovering immediately. In the Gulf of Naples, not far from the more noble sisters Ischia and Capri, Procida has preserved its intimate identity as a fishing village: its small size invites you to explore it on foot, by bicycle and by boat to admire the beautiful coves.
Sighting the island of the film "Il postino", the latest film with Massimo Troisi and of the splendid novel by Elsa Morante "L'isola di Arturo", we will surely be struck first of all by the parade of pastel-colored houses that characterizes the front of the Marina Grande harbor. which offer one of the most beautiful and picturesque views of the Gulf of Naples.
Not to be missed is a visit to the Terra Murata and the majestic Palazzo D'Avalos, the historic core of Procida, which dominate the center of the island at almost 90 meters above sea level. Terra Murata can be reached by walking through the maze of alleys and houses packed one on top of the other, and crossing the original passages: from the top you can enjoy an extraordinary view of the Gulf and Ischia.

You can breathe the ancient soul of Procida in Marina Corricella, the most original nucleus of the island, which has no coincidence, was the setting for the filming of "Il postino". The village is a real bonbonnière made up of colorful houses among which to stroll without haste, perhaps stopping in a restaurant to enjoy a good plate of fresh fish. To take another dip into the past, you cannot miss a visit to Casale Vascello, to admire the typical medieval architecture in which the houses, for defensive reasons, had most of the openings, such as windows, loggias and balconies, facing the inside and gathered around a common courtyard. The houses are still inhabited today. Casale Vascello can still be reached on foot by means of only two narrow passages, which in the past could be easily closed in case of attacks.

Walking along the steep via San Michele you reach the former Conservatory of the Orphans, founded in 1656 to collect the victims of the plague; today the building houses the Palace of Culture and the Graziella House-Museum, dedicated to a girl from Procida who fell in love with the French poet Alphonse de Lamartine, who, after a stay on the island, dedicated the novel of the same name to her. published in 1852.
The island offers great satisfaction to lovers of the sea and the sun. There are numerous small beaches and coves where, in the summer, you can swim in the crystal clear water and relax in the sun. Some can be reached by bus or on foot, while others are accessible only from the sea, by boat. Among the most beautiful are, to the west, the beaches of Ciraccio and Chiaiolella, with their dark sand, which offer sun until late afternoon and crystal clear waters. In the same area is the Pozzo Vecchio beach, famous for its beauty and for having hosted the set of some scenes from the film with Troisi. Chiaia beach is also very beautiful, on the east coast and in front of Ischia: to get there you need to go down a long staircase of 180 steps, but you are rewarded with sand and shallow waters, perfect also for children's games. Finally, not to be missed is the small island of Vivara, to which Procida is connected by a bridge; it has a crescent shape and a perimeter of just 3 kilometers. Vivara, together with Procida and Ischia, is part of the marine protected area Il "Regno di Nettuno", where you can make guided boat tours and excursions to discover unique beauties, including a large colony of dolphins and diving to admire the finds archaeological sites scattered on the seabed.

For information and reservations: info@strambando.it 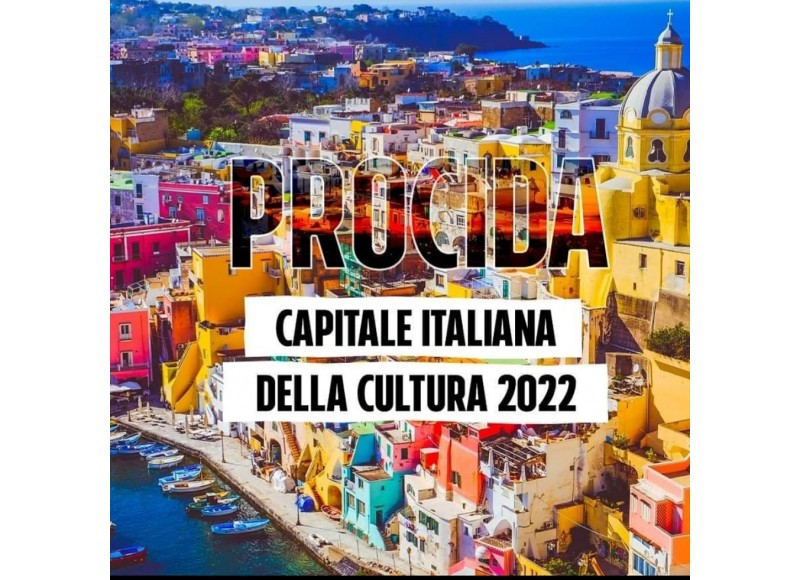